Nintendo has a whole host of adventure games for you to explore, and we’ve compiled a list of games you can play yourself!

Not everything has to be in the same franchise, so we’ve collected a variety of different adventure games that you can explore, and you’ll always have new lands to travel to. 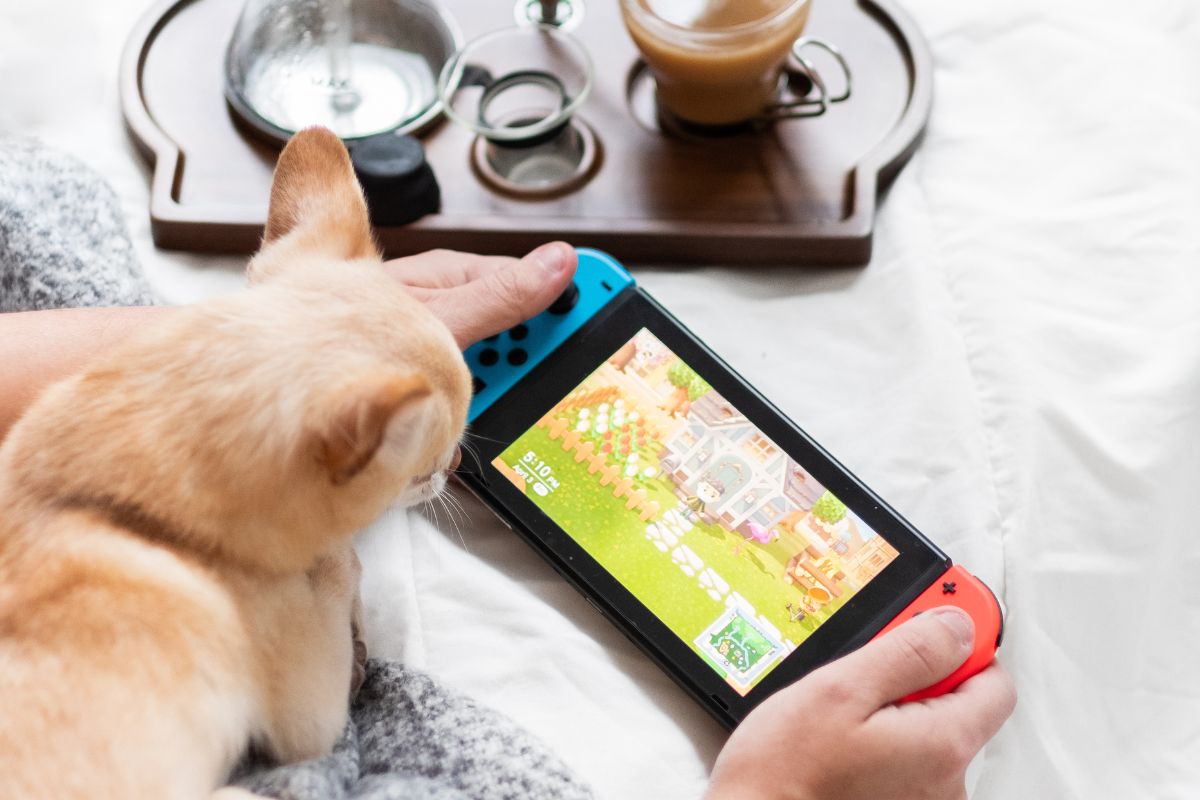 These are the 11 best Nintendo Switch games to get started on right now:

Whatever you’re in the mood for, these games will surely captivate you! You can read more about each title below.

1. The Legend Of Zelda: Breath Of The Wild

First released in 2017, Breath of the Wild was released on both the Switch and the Wii U. It’s the first open-world Legend of Zelda game, and it’s expecting a new sequel in the form of Legend of Zelda: Tears of the Kingdom.

Compared to other Zelda games, it doesn’t have a linear storyline, and you can play it however you like.

Critics have praised Breath of the Wild and considered it one of the greatest video games of all time.

It’s sold over 28 million copies since its release, up to 2022, and it even has a spin-off in the form of Hyrule Warriors: Age of Calamity.

If you’ve ever wanted to step into a Legend of Zelda game, then Breath of the Wild is a great entry point for new and old fans alike.

Okami was first released in 2006 for the PlayStation, and since then, it has been released on Wii and the Nintendo Switch. If you like Legend of Zelda, then you’ll most likely love Okami.

Based on Japanese mythology and folklore, you play as Amaterasu, the sun goddess, in the form of a white wolf.

Okami has a unique art style which is also utilized in the gameplay. You have a celestial brush, which you can use to perform miracles.

The Switch version of the game is an HD remaster of the original game, and while it wasn’t a best seller when it originally came out, it has since become one of the best games ever made.

Pokemon Legends: Arceus is an action-adventure RPG as part of the Pokemon series. As you know from Pokemon Go, the team behind Pokemon isn’t afraid to try new things. Unlike the other games in the series, Legends: Arceus is different from what you would expect from a traditional Pokemon game.

For one thing, the player is more involved in the game than before. Pokemon can damage you, and you are part of the battles yourself!

You can explore the different biomes in Pokemon Legends: Arceus, where you can take part in quests and catch numerous Pokemon. It’s set in the past. And because of that, part of your goal is to return to the future where you came from.

Since its release, Pokemon Legends: Arceus has been praised by critics and fans alike. Many people end up praising the different directions that Pokemon decided to take with this title.

First released in 2017, Super Mario Odyssey follows Mario and his sentient hat as they travel across the kingdoms to save Princess Peach from Bowser.

Unlike previous entries in the series, there’s no linear gameplay and a more open-ended storyline. You can play Odyssey however you like, and it’s been praised as being one of the most inventive Mario games ever made.

As both a platformer and an adventure game, anyone can pick this game up and find something they’ll enjoy easily.

Metroid Dread is the latest game in the Metroid series and is a sequel to Metroid Fusion. In this title, you play Samus Aran as she investigates a mysterious transmission on the planet ZDR.

The game was in development for years and was the first original 2D Metroid game that was released in 19 years since Fusion first came out in 2002.

As a side-scroller, you can battle enemies with free aim and melee attacks and unlock several new weapons as you travel between each area.

However, unlike other Metroid titles, there are added stealth elements to help you hide from your enemies. If you’ve never played a Metroid game, then Dread is a great entry point to the series, as it’s a modern twist on a classic game.

Xenoblade Chronicles is the first title in the Xenoblade series, with the first game initially released in 2010 on the Wii. Since then, it has been remastered for both the 3DS and the Nintendo Switch.

However, Xenoblade in itself is part of the larger Xeno series, but you don’t need to play those to understand Xenoblade Chronicles.

The Xenoblade Chronicles is an action RPG where you control one character in a party of three and explore an open-world game. You can explore the world, complete different quests, and collect items to explore.

You can easily get lost in sidequests, and if you want more, then there are two direct sequels to Xenoblade Chronicles, with 2 and 3 also available on the Nintendo Switch.

7. Kirby And The Forgotten Land

Released in 2022, Kirby and the Forgotten Land is the thirteenth installment in the Kirby series and the first fully 3D game that isn’t a spin-off.

While it is more of a platformer, you can’t deny the adventure elements of Kirby and the Forgotten Land. You can even swallow cars and vending machines along with other creatures as you find a way to stop the Beast Pack.

Overall, Kirby and the Forgotten Land was a popular game, and many people enjoyed the post-apocalyptic aesthetic within a Kirby game.

It’s considered more difficult compared to previous entries in the series and has a local co-op that allows younger players to enjoy the gameplay.

Overall, Kirby and the Forgotten Land encourages exploration, and you’ll leave the game with a sense of accomplishment once you complete it.

It’s an action RPG where you travel the world hunting monsters with a variety of different weapons. You can complete quests, and the map focuses on vertical movement instead of other titles in the series.

You even have a dog-like companion to navigate the map without losing stamina, and they can even assist you in battle. If you want to play with friends, you can with local and online multiplayer gameplay.

Of course, there are different ways to play Monster Hunter: Rise, and you can also play a tower defense mode to protect your village from monster attacks.

You play as the Hero as they travel the world with their companions to save it from evil.

As you travel and explore the world, you can also enjoy traditional turn-based combat. Most critics hailed it as the best game in the Dragon Quest series, and you don’t need to play the previous games to understand it.

Instead, it’s been designed to be accessible to new and old players alike.

Octopath Traveler is more of an RPG than anything, but many adventure elements are involved in making this game. It’s a HD-2D game where you choose one of eight adventurers to play as.

Each character starts from a different part of the world, and other characters can be recruited where they start the game. Much like the traditional RPGs of old, it has a turn-based battle system, and it feels like a love letter to the SNES RPGs from the 80s and 90s.

The eight different storylines provide replayability that you may not find with other games. If you’ve enjoyed classic RPGs before, then you may enjoy the nostalgia aspect of Octopath Traveler.

There is even a sequel coming out in 2023, so if you enjoy this one, then you should keep an eye out.

LEGO City Undercover is an action-adventure platformer that is popular among all ages. If you’ve ever played a LEGO game, then you’ll know what you can expect from this game.

Along with single-player gameplay, you can complete puzzles and fight with other characters as you progress through the game. There’s even a multiplayer option involved if you want to play LEGO City with others too.

These are 11 adventure games that you should try out on the Switch. These games provide ample opportunity to explore in the comfort of your home. So, check out these games if you want to go on a new adventure.

If you want other examples of games to play, check out some of our other recommendations on the site.