The Legend of Zelda is a staple when it comes to Nintendo RPGs. When you think of Nintendo, your brain will go to Super Mario and The Legend of Zelda, depending on the game you love. So there are so many available for you to play on Switch? 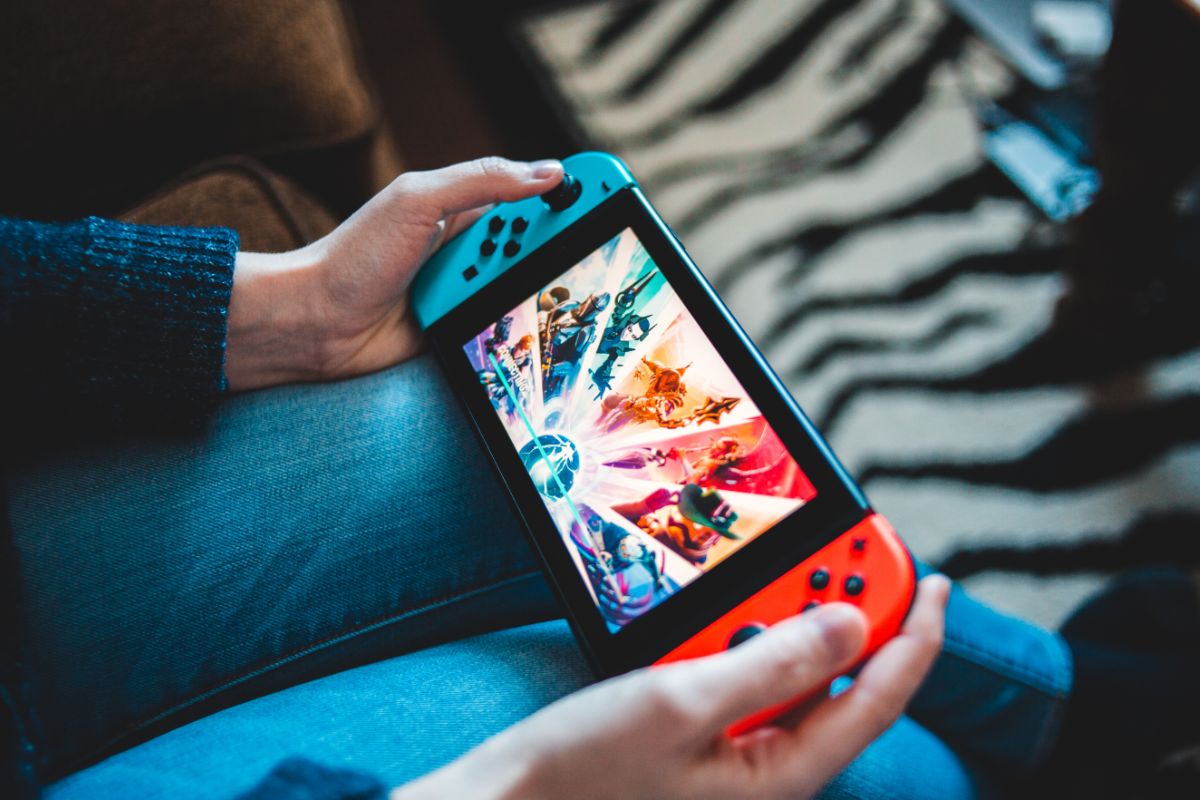 While you might think you need to go back to your older consoles like the GameCube to play your Zelda games, that can’t be further from the truth.

To help you, we’ve compiled a list of 12 Legend of Zelda games you can play on your Nintendo Switch, and we’ve even included some details on the new Tears of the Kingdom game.

So take a look at the games you have available to access, and why not go back to some of the classics with the Nintendo Online Service? Let’s look at all the available Zelda games on Switch that you can easily explore.

1. The Legend Of Zelda: Breath Of The Wild

Breath of the Wild is the Zelda game for the Switch, released alongside the console in 201, and it was also released on the Wii U. As an open world Zelda game, you can spend hours exploring Hyrule in any way you want.

If you’re looking for the best Zelda game to explore, this will be the one for you! It’s been praised for its open world design, which has made it stand out among its predecessors and sold over 28 million copies by 2022.

There’s no definitive way to play Breath of the Wild, and it actively encourages you to find new ways to explore Hyrule as you’ve never done before.

2. The Legend Of Zelda: Skyward Sword

The game’s plot focuses on Link going to rescue his childhood friend Zelda after she’s kidnapped and brought to the surface world.

There are two ways to play Skyward Sword, the traditional handheld mode or by using the Joy-Cons as a way to replicate the Wii controls. If you want to go back to the beginning of the Zelda timeline, then Skyward Sword is an excellent choice.

3. The Legend Of Zelda: Link’s Awakening

Originally made in 1993 for the Game Boy, the Switch version was released in 2019 as a remake of this game. Link’s Awakening includes the original’s top-down POV and gameplay, with cute toy-like character designs.

Hyrule Warriors is a Legend of Zelda game that you’ll recognize has hack and slash elements from the Dynasty Warriors series. It is very different from a standard Zelda game. Hyrule Warriors first came out on the Wii U in 2014 and was re-released in 2016 and 2018 for both 3DS and Switch consoles.

You play as an original version of Link and take on numerous enemies you’ve seen in previous games. It even includes two-player co-op multiplayer.

Hyrule Warriors is set outside the official Zelda timeline, and because of that, you’ll find different characters from different periods. It’s an excellent choice for anyone who also likes Dynasty Warriors gameplay!

However, it follows the same gameplay you would expect from the Dynasty Warriors series. Age of Calamity first came out on Switch in 2020 and was overall popular among fans of Breath of the Wild, as there was more story to explore, and you could delve into the characters more.

If you want to learn more about what happened before Breath of the Wild, don’t hesitate to pick up a copy.

6. The Legend Of Zelda

Did you know you can play the original Legend of Zelda game on Switch? It’s not a remake or a remaster, either. Instead, it’s a part of the Nintendo Switch Online package so that you can access certain SNES games on your Switch.

If you’ve always wanted to play a classic 2D adventure game on the SNES, then you can with Nintendo Switch Online. Of course, you will have to pay to subscribe for this, but once you have, you’ll have plenty of access to a retro library of games.

While the Legend of Zelda has been on multiple consoles, including the GameCube, GBA, Wii, 3DS, and Wii U, there’s no doubt it will continue to find a new audience through the Switch.

7. Zelda II: The Adventure Of Link

As a direct sequel to The Legend of Zelda, you once again play as Link. Much like its predecessor, you can play it through the Nintendo Switch Online package to play SNES games on your Switch.

Initially, this was the only official sequel to the first Legend of Zelda game, as many occur in alternate realities or are prequels themselves. You’ll find that Zelda II introduced some key elements to the franchise, such as the introduction of Dark Link and the magic meter. Zelda II’s difficulty has been compared to games in the SoulsBorne series. However, it’s a vastly different experience that is unique and brutal in its own way.

Compared to other games in the series, there were more RPG elements than you’d expect, so it became a much more experimental sequel than you expected.

8. The Legend Of Zelda: A Link To The Past

A Link To The Past was the first prequel made for The Legend of Zelda and was set many years before Zelda and Zelda II. You can play it through your subscription and access it on the virtual SNES consoles through Nintendo Switch Online.

A Link To The Past was classed as one of the best video games of all time. It’s only continued to retain its popularity since it was first released in Japan in 1991.

9. The Legend Of Zelda: Ocarina Of Time

Ocarina of Time originally came out on the Nintendo 64 and was later re-released on the GameCube, Wii U, and 3DS. It’s one of the most popular Zelda games of all time and the first-ever 3D Zelda game.

10. The Legend Of Zelda: Majora’s Mask

As a direct sequel to the Ocarina of Time, you can also play Majora’s Mask through the Nintendo Switch Online + Expansion Pass for the N64 virtual console.

It’s a darker connection to the Legend of Zelda series and is widely considered one of the best video games ever made. It may not have had the same level of critical acclaim as other parts of the series, but it certainly gathered quite the cult following over the years.

11. The Legend Of Zelda: Tears Of The Kingdom

Nintendo has been working on Tears of the Kingdom since they released Breath of the Wild and, much like some of the other games in the series, has spent roughly five years in development.

So, if you enjoy Breath of the Wild, you’ll enjoy Tears of the Kingdom, as you’ll find that they’ll even include the skies above Hyrule to explore too.

12. Cadence Of Hyrule: Crypt Of The NecroDancer

Cadence of Hyrule lets you explore the setting, interact with characters, and play music from the Zelda series, with characters like Link and Zelda being playable options. You get to complete quests and explore areas typically found in Zelda lore.

The best part is, it’s not just an adventure game: several roguelike elements from the NecroDancer franchise perfectly put these two series together.

You’ve been mistaken if you thought there were only a small number of Zelda games on Switch.

Nintendo has steadily been making it easier to access some of its classics through the Nintendo Online Service, and there are always remakes and remasters to look forward to.

So don’t worry about finding your old consoles. You can just get out your Switch and play 12 of these incredible Zelda games and find out which game is your favorite.

While not all Zelda games are available on Switch, the number continues to rise each year, so don’t be surprised if new games are added to Nintendo’s library in the next few years.