There is a strange phenomenon that is going on within the games industry. Over the past few years, popular video games that are no longer the golden child of social media are very quickly considered “dead”. A quick browse on YouTube will give you hundreds of videos that explain to you why your favorite game is dead. Fall Guys, Animal Crossing, Among Us, and Phasmophobia are a few examples of games that exploded in popularity due to the COVID-19 Pandemic, before fading from the spotlight. Games like Fortnite or League of Legends are examples of games that are extremely popular, but internet forums are quick to deem the games dead or dying. We will take a look at a few massive games over the past half a decade that has faded from the limelight to see if they’re really “dead” or not.

For a few months, the hilarious, rage-inducing, and cute platformer/battle royale game called Fall Guys: Ultimate Knockout was the darling child of the internet. Featuring cute figures running obstacle courses akin to Takeshi’s Castle and Wipeout, the game first became popular when it was added to PS Plus, a subscription service that gives users access to free games. PS Plus has over 45 million subscribers, and during a pandemic that kept many indoors, it’s no surprise that Fall Guys got as big as it did. Being the top streamed title on Twitch also helped Fall Guys gain a lot of steam, and it was the top-selling title on Steam for five straight weeks. 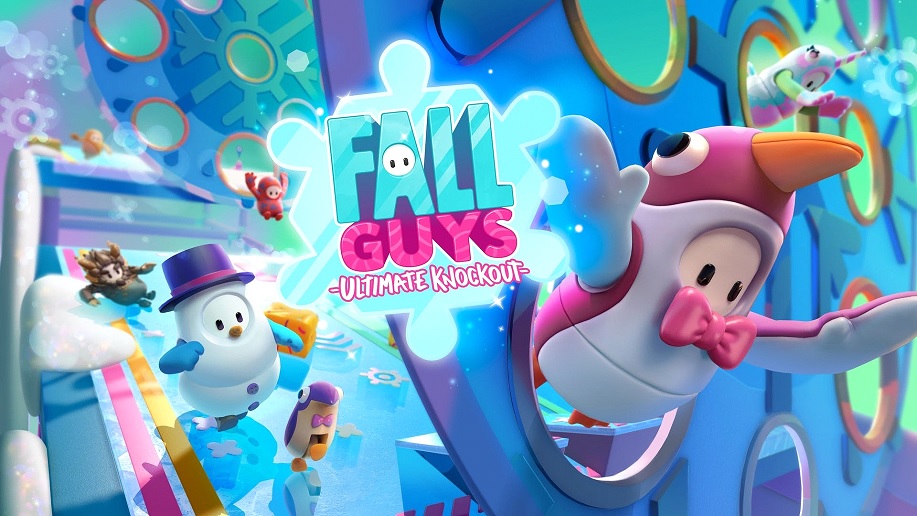 After a year, I still haven’t won a single game
Sourced from: https://fallguys.com/

Nowadays though, Fall Guys is no longer amongst the top on Twitch, and its player count on Steam has dwindled from a consistent 100,000 to around 10,000 at any given time. While developers Mediatonic have hired a large staff to the development team, new seasons have done little to stop the dwindling player count. While 10,000 is a respectable amount, one can be sure that Mediatonic wants to regain the magic that occurred just a few months ago, when all everyone had on their mind was reaching that elusive crown. Fall Guys is not dead by any means, but it definitely isn’t the king of the castle anymore. Hopefully, the developers can create more maps and reignite everyone’s passion for falling over and over again.

A space twist on Secret Hitler and Mafia– Among Us

Right after Fall Guys came another game where characters looked marginally like jellybeans. Among Us released in 2018 but gained an influx in popularity due to COVID-19. The game is reminiscent of games children played growing up like wink murder, mafia, or werewolf, where people have to work together to vote out the “imposter” to win the game before they murder everyone else. Among Us was a fantastic way for people to socialize safely, as it was not graphically intensive, had a free mobile version, and a team that continued to update the game despite inadequate sales. This paid off in 2020 when popular Twitch streamer Sodapoppin began to play Among Us. Before long, the game was being played by millions. By October, the game had so much presence in the United States that two United States Representatives, Ilhan Omar and Alexandria Ocasio-Cortez, streamed the game in order to try and influence the younger generation to vote in the 2020 election. Among Us has gotten so popular that “Sus” has entered the common vocabulary.
Sourced from: https://www.cnet.com/how-to/among-us-heres-how-to-play-everyones-game-obsession-online-this-holiday-season/

Nowadays, Among Us still enjoys a relatively large player base, with an average of 40,000 on Steam alone, not counting the players on Mobile. The developers are certainly happy with the game’s performance, canceling a sequel and adding cosmetics, and continuing to support the game. The game is a fun, cheap way to spend good times with friends, and with many of the world still unable to meet conventionally, I believe that Among Us will remain comfortably popular as the “party” game.

The game the Internet loves to hate on – Fortnite: Battle Royale

It is this game that first piqued me to understand why people are so fixated with games “dying” in the first place. A google search reveals that one of the highest searches about the popular game is “Is Fortnite Dying”. It seems a sizeable portion of the internet wants Fortnite to fall apart. The sheer success and money that Fortnite and Epic Games has accrued over the past few years were guaranteed to attract a fair share of haters. The Battle Royale was able to enjoy success through a combination of a ton of work from Epic Games’ developers, and their arrival in a market that at the time only had PlayerUnknown’s Battlegrounds as a major player. Since 2017, billions of dollars in revenue and partnerships with movies like Avengers: Endgame and Ralph Breaks the Internet has brought the game to cultural phenomenon status. Just when you thought Fortnite couldn’t get any more popular, developers decided to add The Mandalorian, merging two immensely popular fanbases together.
Sourced from: https://www.epicgames.com/store/en-US/product/fortnite/home

Despite this success, content creators are quick to cite balance changes, decreasing revenue, and player count as a few reasons why the Battle Royale is going to eventually fail. Part of this decrease in revenue, however, can be explained by the lawsuit between Apple and Google versus Epic Games. Further, saying that Fortnite has a declining player count is misleading. In fact, Fortnite’s player count has actually increased, from 200 million to 350 million in May 2020. The game continues to rake in hundreds of millions, reaching an astounding $400 million by April 2020 due to COVID-19. Epic Games and their golden child aren’t going anywhere soon.

The MOBA that spawned a K-Pop Band – League of Legends

Finally, a game that has simultaneously been dying and growing for nearly every year since its inception. The MOBA League of Legends has its fair share of diehard fans and haters, but their success and longevity are undeniable. The game has had a peak of eight million concurrent players in 2019 and is considered by many in the industry to be amongst the world’s largest Esport, and its biggest attraction. The popularity of League of Legends has spurred developer Riot Games to create multiple spin-offs, including auto battler Teamfight Tactics, collectible card game Legends of Runeterra, and further titles coming down the line. In fact, the only game they’ve created in the past decade that hasn’t been linked to their original universe is the tactical shooter, Valorant, a completely new IP. The 2020 League of Legends Championship drew 3.8 million viewers but failed to beat their original 3.9 million high in 2019.
Sourced from: https://www.theverge.com/2020/8/2/21351494/league-of-legends-world-championship-shanghai-september-riot-coronavirus

Just like Fortnite however, League of Legends has a large number of YouTubers, streamers, and social media influencers who are quick to say that League of Legends is dying. The game has changed greatly since 2009, and additional champions, changes to gameplay, and the overall ‘feel’ of the game has led some to believe that League of Legends is not the same game that drew them in years ago. They may be right, but Riot Games is clearly doing something right with their support. Player count has only grown since release, and in 2020 they reached a staggering 115 million monthly players. I believe that a lot of this comes from the incredible amount of time that Riot Games puts in to ensure that players are invested in the game, be it from playing the game itself, or from media outside the game that brings them right back in. From continued updates that are intended to keep gameplay fresh, to other media like Metal and KPOP bands, all the way to an animated TV show that is slated to release in 2021, anyone who says League of Legends is dying or dead is kidding themselves.

The dichotomy of an evolving world

For many of these games, they were all once the darling child of the internet. However, only one of these games has really had a concerning drop in player count, Fall Guys. The other titles continue to enjoy success, either due to uniqueness or just sheer popularity with younger audiences.

What most of these games have in common is a live-service aspect, which means that they have to continually update and keep the game fresh in order to encourage players to continue subscribing or paying for certain parts of their game. The dichotomy here means that since the game is constantly evolving, there begins to be an expectation of constant content that is fresh and engaging. When the game updates or new content is released, there is a resurgence, and these games reach the top of the charts once again.

If the updates are not up to standard, or players dislike the direction of the update, the cycle of “dead game” continues. One has to be aware that “dead game” for a lot of people is synonymous with “I no longer enjoy playing this game/this game does not meet my expectations”. For the majority that continues to play these dead games, it is business as usual, and they will continue to play as long as they are invested.

If you want a real “dead” game, Avengers has 400 players on Steam right now Full credit for trying Square Enix, but it just didn’t work out.
Sourced from: https://www.cbr.com/marvels-avengers-another-shot/

Of course, that is only my speculation. But what do you think? Are there other reasons as to why people think games are dying, or dead? Let us know in the comments below.

Hey there traveler! I’m William, and I play a lot of Video Games. Feel free to bounce any ideas or just discuss any game under the sun with me. If you’re good at Valorant please carry me as well.